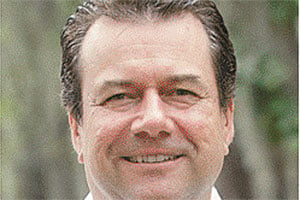 Born in Switzerland, coming from a family of manufacturing, business is in Reto’s blood. His early interest in airplanes and air travel, world history, and cars, particularly Ferraris, led to a burning desire to know how things were built, could go faster, and be improved. Reto made his first million by age 23 then in 1994, lost everything, which he says was the best thing that ever happened to him. Since now ho owns the 22-year-old Tampa based Garden Light LED company that is privately owned, and debt-free due to his leadership. He is one of the most sought-after lighting design experts in the field of landscape lighting in the world. He is part of every aspect of Garden Light LED from innovation, to operations and manufacturing.

In 2009, Reto took LED lighting in the United States to the next level by bringing CNC machinery to his Florida Facility; American built by American workers. Reto embodies the meticulous sense of swiss engineering. He loves innovation and knows how to design and build products that compete with the prices of Chinese imports while offering far superior quality. His flair for design and expertise in technology are modernizing the landscape lighting industry. Reto has compiled a team of the best engineers in the industry to deliver a bullet-proof product.

Join me at Dealer Congress