Inventor of the Infomercial, Original Shark on Shark Tank 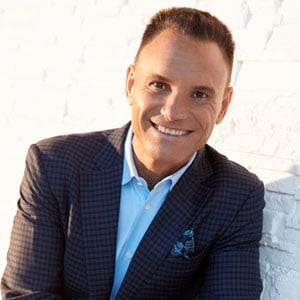 Kevin Harrington has been a successful entrepreneur over the last 40 years. An Original Shark on the ABC hit, Emmy winning TV show, “Shark Tank.”

He is also the Inventor of the Infomercial, As Seen on TV Pioneer, Co- Founder of the Electronic Retailers Association (ERA) and Co- Founder of the Entrepreneurs’ Organization (EO), Kevin has launched over 20 businesses that have grown to over $100 million in sales each, has been involved in more than a dozen public companies, and has launched over 500 products generating more than $5 billion in sales worldwide with iconic brands and celebrities such as Billy Mays, Jack LaLanne, Tony Little, and George Foreman.

Kevin has extensive experience in business all over the world, opening distribution outlets in over 100 countries worldwide.  His success led Mark Burnett to hand pick Kevin to become an Original Shark on Shark Tank where he filmed over 175 segments.