The Current Hotel, Autograph Collection, by Marriott is a 10-story 4 -star, 180-room luxury waterfront hotel nestled along the serene waters of Tampa Bay. The hotel needed their lighting selections redone to illuminate dark areas that were not addressed in the original lighting plan, as well as to provide safety, keeping guests away from boundary and unsafe locations as they traverse. It was our priority to create inviting outdoor entertainment spaces and an atmosphere that was comfortable and pleasing for hotel guests.

The original lighting throughout the Current Hotel was overly bright, causing glare to fall uncomfortably into the guests’ eyes. Many of these bright fixtures were used in unnecessary locations, and a large majority were burnt out after only being installed 3 years ago—particularly the bayside and poolside decks, which created an extremely uninviting and unpleasant experience for guests.

In addition, only the front of the hotel’s exterior was illuminated, causing it to be hardly visible from the surrounding regions.

The boundary areas of the hotel had no lighting to illuminate the rocky beach and mangroves where the guests would enter. These locations are also underwater daily from the tide rolling in, so whatever fixtures selected will need to thrive under harsh conditions for decades to come.

Garden Light LED put a lighting plan in place to enhance the space and create an elegant ambiance that guests would gravitate towards.

After structurally testing the bayside and poolside decks to ensure there would be no interference with the post-tension rods, we decided to core-drill 40 Mini Well lights in 6061 aircraft-grade stainless aluminum 2W – 25D in 3000K. These fixtures were core-drilled 3 ½” in front of the railing channels and flush-mounted to avoid traffic while providing a beautiful ambient lighting effect.

The hotel’s exterior had an upper deck that went around the perimeter of the building allowing the Garden Light LED team to utilize 35 X5 Spotlights in 6061 aircraft-grade stainless aluminum 15W – 25 D in 5000K. These fixtures were mounted 5” high on the architectural features of the building and in between each of the guest suites to prevent lighting from entering their rooms.

For the rocky feature near the bay, we used 30 Submersible Super Saturn’s in BLUE and attached them to the rock formations along the beach using our solid brass swivel. The C360 Solid Brass Super Saturn’s were selected along the mangrove area were mounted using our swivel mount and LV180’s specially engineered to increase their length to withstand the water and sand. 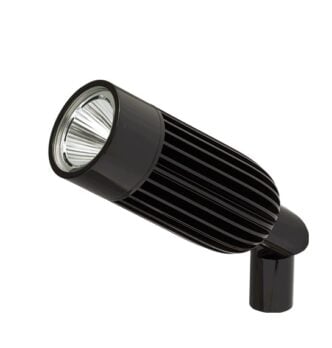 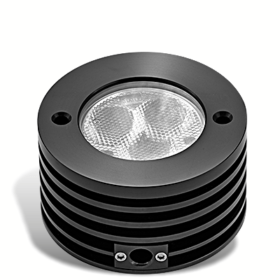 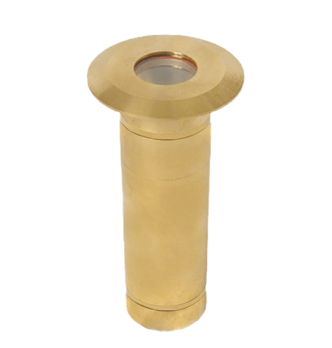 The lighting design for the Current Hotel turned out amazing! The fixtures used for the surrounding decks invite guests in and create a captivating atmosphere. Using powerful low-voltage landscape lighting fixtures on commercial projects is not only cost effective for the client but minimizes the expense, power consumption, and liability of 120V fixtures in high traffic locations. The blue color used to accentuate the rock formation is stunning, and the guests agree! They go out of their way to venture outside just to sit on the rocks to take everything in. The architectural fixtures also deserve
recognition for their ability to deliver such an impressive amount of power for their small size. The Current Hotel now truly stands out from the crowd!